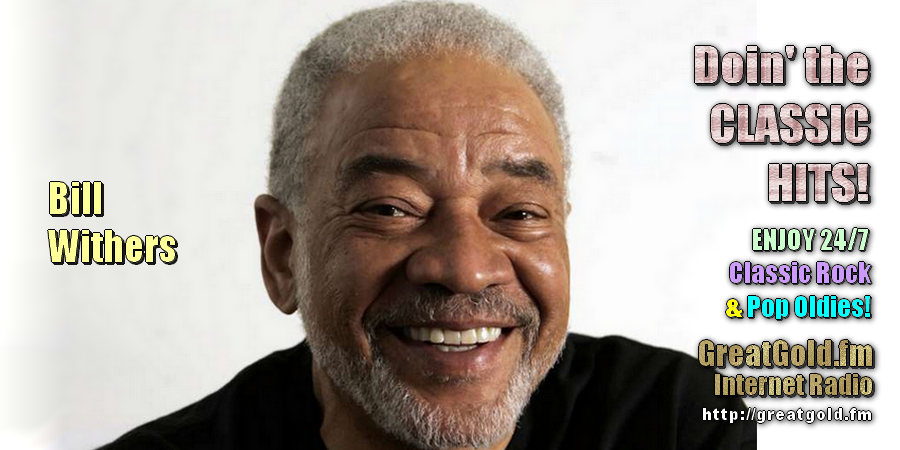 GreatGold.fm Internet Radio, sometimes referred to as ClassicHitOldies, GreatGoldHits, and other GreatGold slogans and associated domain names, can be heard online in our player at http://GreatGold.fm/player, or in the McStreamy.com RadioGuide, and other internet radio directories and mobile apps like Internet-Radio, TuneIn, NoBex, OnlineRadioBox, and Simple Radio from Streema, etc. See the APPS link in the mini-menu on the front page of our website.

BILL WITHERS was installed as an inductee to the Rock and Roll Hall of Fame in 2015, the Songwriters Hall of Fame in 2005, and is a multiple Grammy winner for his remarkable songs. Withers is also in the West Virginia Music Hall of Fame, and received an American Society of Composers, Authors, and Publishers (ASCAP) Rhythm & Soul Heritage award. His music can be found on ten albums recorded from 1973 to 2013 through his career, some of which are available on CD’s.