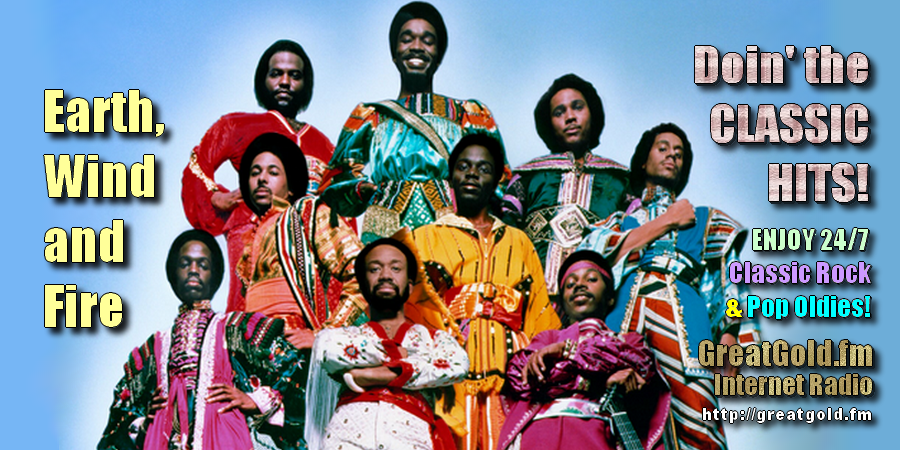 GREATGOLD – One of the most successful musical acts of all time, EARTH, WIND, and FIRE became a Kennedy Center Honoree Sunday, adding one more award and recognition for a popular band and sound that has spanned several decades. Hear them in the internet radio mix at http://GreatGold.fm/player or in a Mobile APP near you.