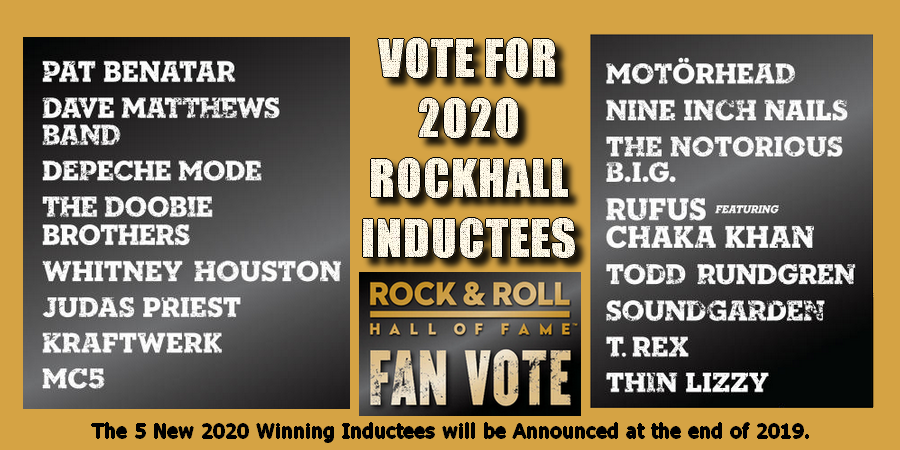 GREATGOLD – Listen to the Rock Hall of Fame nominees in the mix in the GreatGold stream and vote for your favorites. You can still make your choice count in the race to be included in the 2020 Rock and Roll Hall of Fame ceremony. The top five music acts in the FanVote category as of 8:16 PM CST, 12-27-2019: Dave Mathews Band, Pat Benatar, Doobie Brothers, Soundgarden, Judas Priest. Other nominees include Whitney Houston, Depeche Mode, Thin Lizzy, Motorhead, Todd Rundgren, Nine Inch Nails, T Rex, Notorious B.I.G., Kraftwerk, Rufus featuring Chuka Khan, and MC5. Vote until January 10, 2020 at ROCKHALL FANVOTE.