GREATGOLD – The GreatGold Internet Radio Music Mix includes nearly all of the singers and rock bands nominated to be among five 2020 Inductees added to the Rock and Hall of Fame in Cleveland, Ohio USA. Again this year, rock fans can vote online for their favorite nominees. We have the nominees and voting details. 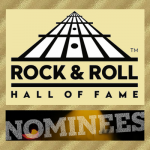 GreatGold Music Fans can support favorite Rock & Roll Hall of Fame Class of 2020 Nominees and help them reach the top 5 of the official Fan’s Ballot. You can select up to 5 Nominees daily and submit your vote. This year, by RockHall arrangement, the fan voting is being done on the Google website: VOTE FOR YOUR FAVS.

DURING OCTOBER we are playing songs by the Rock and Roll Hall of Fame Nominees, often,  throughout the day and night of our Classic Rock and Pop Oldies Mix at GreatGold.fm Internet Radio.

ALSO IN OCTOBER: Singers and Bands with musician members born in October are receiving Extra Plays of songs from our large library of the greatest music from the 1950s through 2019, and beyond.

SEE THE COMPLETE LIST OF MUSIC STARS BORN IN OCTOBER, or select the October Birthday List under BIRTHDAYS in our main menu at the top of any page.