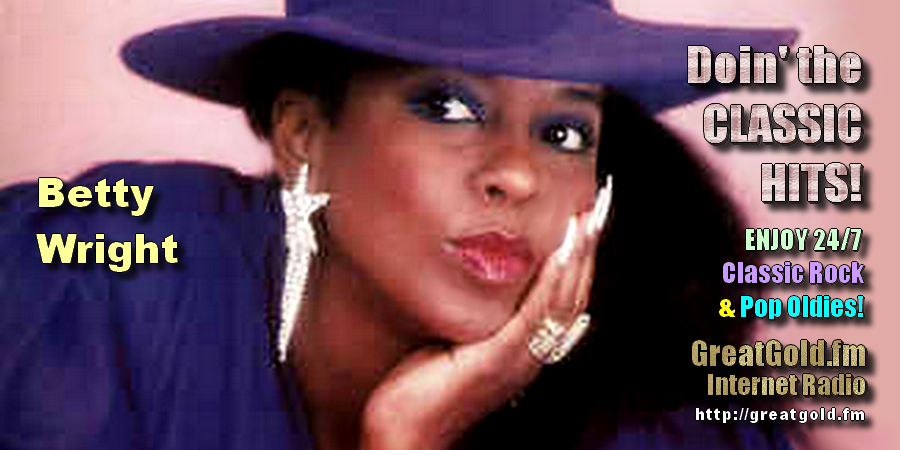 GREATGOLD – Singer-songwriter Betty Wright, who wrote the unforgettable, “Where Is The Love” and had dozens of R&B recordings that crossed over to mainstream radio during her career, passed away from cancer May 10, 2020, at the age of 66. Betty Wright came out of the world of Gospel Music to make it as a Rythym and Blues (R&B) recording artist with her first album at the age of 14, “My First Time Around”, which included her first major single, “Girls Can’t Do What the Guys Do” in 1968. She proved that wasn’t so, because she went on to have many more hit records during her career.

She also wrote many of the songs on her singles and albums, including “Where Is The Love”, which received the Grammy Award for the Best R&B Song at the 18th Annual Grammy Awards Ceremony in 1976. She even wrote songs as early as some of those on her first album in 1968 when she was 14.

As a historical side note, a song, “Just You”, on Betty Wright’s first album, was written by Sonny Bono, who is known for being half of the historic Sonny and Cher recording duo and television team, and later, mayor of Palm Springs, followed by a United States Congressman from California at the time of his 1998 death in a skiing accident. The Sonny Bono Copyright Term Extension Act, which extended Copyrights on works that included those of Betty Wright and others for an additional 20 years, was passed by Congress nine months after his death.

THE PHOTO OF BETTY WRIGHT above is from the cover of her 1990 album, “Passion & ComPassion”.