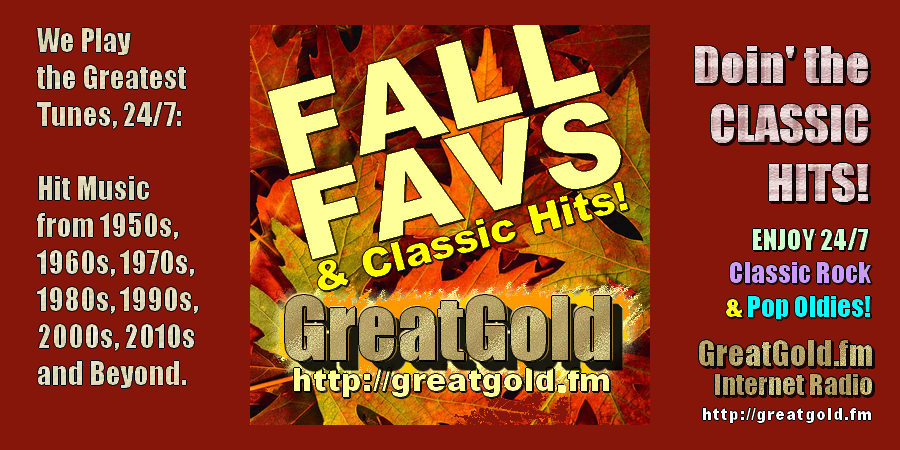 THE MONTH OF SEPTEMBER spotlight is on music stars with September birthdays, plus, September is the start of mixing in what we call Fall Favs at GreatGold. Fall Favs are special songs that have Autumn or Fall in the titles, performed by various artists, heard about once each hour. In addition, every once in awhile we’re throwing in a new and noteworthy independent or new artist with a Classic Hits Wannabee in addition to our regular playlist of The Greatest Hit Favorites from 1950 through today.

SEPTEMBER BORN STARS receiving Extra Plays this month include: GLORIA ESTEFAN; GREG ERRICO of Sly and The Family Stone; BARRY GIBB of The BeeGees; BILLY PRESTON; ROSALIND ASHFORD and BETTY KELLY of Martha Reeves and The Vandellas; JOE SIMON; MARTY GREBB and DENNIS TUFANO of The Buckinghams; JIMMY CLANTON; SAM GOODEN of The Impressions; ARCHIE BELL of Archie Bell and The Drells;