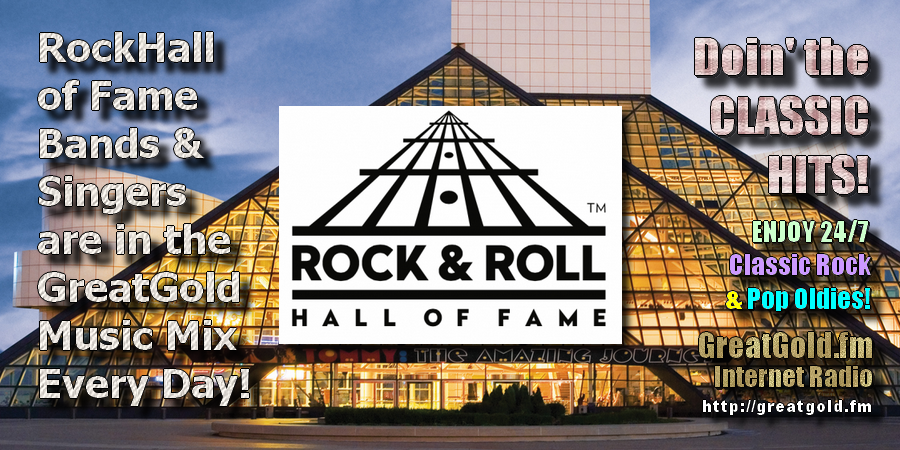 The 2020 RockHall Fan Vote is closed and the final top five in the Fan Vote Results are The Dave Matthews Band, followed by Pat Benatar, The Doobie Brothers, Soundgarden, and Judas Priest. There were over 8.2 million votes cast in the Fan Vote. The FanVote 5 will be added to the final tabulation of all other ballots to determine the 2020 inductees to the Rock and Roll Hall of Fame.

The final total results of all voting including the Fan Vote is scheduled to be announced by the RockHall on January 15th, 2020. As soon as we learn the final combined total, GreatGold.fm Internet Radio will begin giving extra Plays to the New 2020 Inductees in our Classic Rock and Pop Oldies Mix.

The 2020 Rock & Roll Hall of Fame Induction Ceremony will be held at Public Auditorium in Cleveland, Ohio on May 2, 2020, and will be preceded by Induction Week with celebratory events and the opening of the 2020 Inductee exhibit.

SEE THE FINAL OFFICIAL 2020 INDUCTEES: It turns out the Fan Vote may show popularity among those who vote online in the FAN VOTE, but it sometimes doesn’t hold much water during the final tabulation. See 2020 INDUCTEES FINAL LIST.