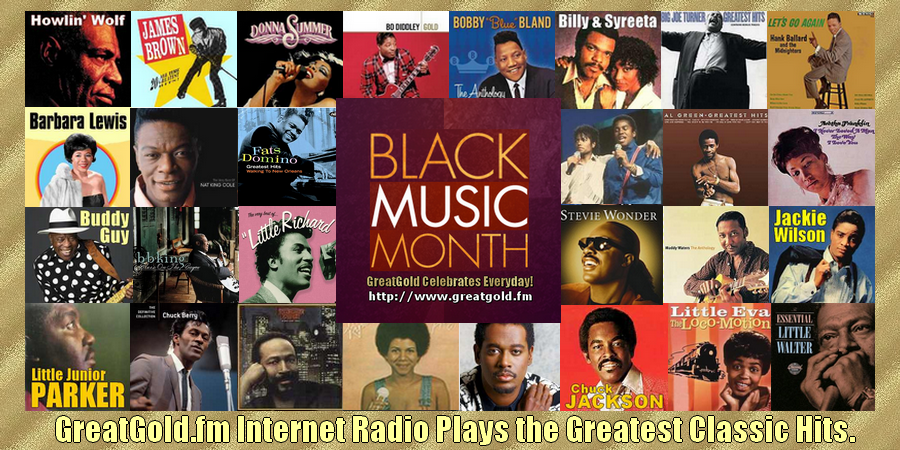 AT GREATGOLD we play all kinds of hits by all kinds of artists, but, during June we especially recognize and celebrate the many contributions to, and influences on, all popular music that Black Music Artists have made throughout history. We especially recognize those contributions during Black Music Month, and everyday in our playlist, which always includes the Best from other Music Artists of many skin colors and ethnicities. The music artists pictured on the Black Music Month album collage are just some of the many black singers and musicians in our Classic Hits Mix from a portion of our regular playlist. 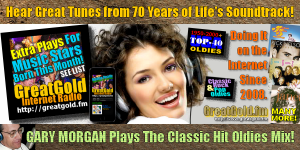 In 2009, President Barack Obama further defined June as African American Music Appreciation Month, declaring the start of summer as a celebration for all the black musicians, composers, singers, and songwriters who have made enormous contributions to our culture. During his administration’s years, President Obama annually renewed the official declaration of what is popularly thought of as Black Music Month.

The 2016 Declaration by President Barack Obama, reads: “Songs by African-American musicians span the breadth of the human experience and resonate in every corner of our Nation — animating our bodies, stimulating our imaginations, and nourishing our souls. In the ways they transform real stories about real people into art, these artists speak to universal human emotion and the restlessness that stirs within us all. African-American music helps us imagine a better world, and it offers hope that we will get there together.”

For the singers and band members having birthdays this month also being played today on GreatGold, go to the list of Birthday Stars.