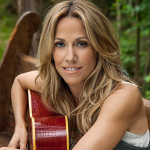 GREATGOLD.FM (02-16-2018) – The streaming server for GreatGold.fm Classic Hits internet radio at Radionomy.com is back online after a brief pause in service. The audio for the home of the best Classic Hits Mix from the 1950s, 60s, 70s, 80s, 90s and the 2000s is up and running again. The Radionomy technical people went into action shortly after the feed went down during the night. People in most areas of the world can again enjoy the GreatGold playlist that includes Classic Rock and Pop Oldies by the greatest singers and musicians from The Soundtrack of Our Lifetimes. It’s easy to listen on our website at http://greatgold.fm, where we play the Great Gold Hits and Classic Hit Oldies from the ever growing list in our Great Gold Music library. You can also hear our stream by searching for ‘greatgold’ in the Radionomy.com directory or in the Radionomy mobile app, available for Android, iOS, and Windows phones. After you find GreatGold, mark it as your Favorite. We Always Play the Greats at GreatGold.fm Internet Radio. This month, singers like Sheryl Crow (pic) and other musicians born in February are getting Extra Plays. GreatGold.fm Classic Hits Star Sheryl Crow was Born February 11, 1962.