AT GREATGOLD WE RECOGNIZE AND CELEBRATE the many contributions to, and influences on, all popular music that Black Music Artists have made throughout history. We especially recognize those contributions during Black Music Month, as we do everyday in our playlist, which always includes the Best of Black Music Artists. Our recognition continues 24/7/365. The music artists pictured on the Black Music Month album collage are just some of the many black singers and musicians in our Classic Hits Mix from a portion of our regular playlist. 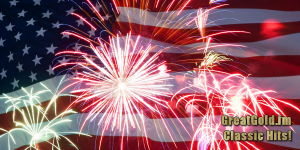 Black Music Month gained national recognition in 1979 when music business leaders and insiders successfully lobbied President Jimmy Carter to host a reception on June 7th, 1979 to formally recognize the cultural and economic contributions of music created by black music artists. Since 1979, Black Music Month has grown from a small commemoration to national proportions with events held annually across the country.

FIND THE COMPLETE LIST of GreatGold Classic Hits music singers and musicians who were born during the month of JUNE HERE..